This was a purchase made online at 1 AM. Going to bed early does not always pay off, and waking in the middle of the night and checking a Case web site is not recommended "but". A member posted that there was a new listing on FB marketplace and did not have and account. Much to my surprise a pm to the owners daughter at 1 am brought a quick response. It was listed at $2500 CD. Davis backhoe attachments in any condition list at $4,500 CD on kijiji which made this a Buy Now price that couldn't be passed up. 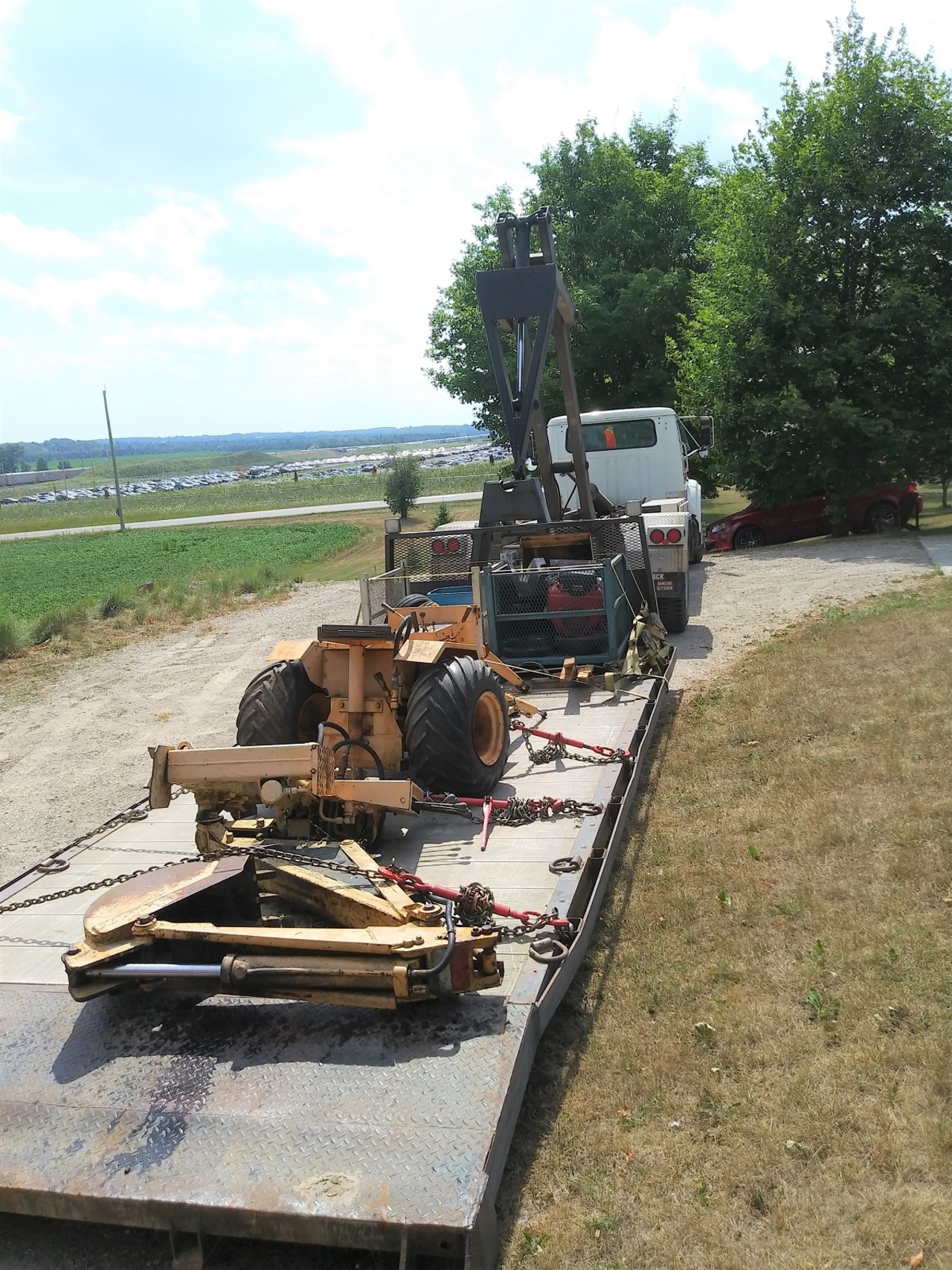 By morning at 7:30 the owner said he had 40+ responses to the ad and one person showed up at 7 but declined making and offer due to the amount of work needed to put it back in usable condition. Afraid of loosing it I called a friend with a roll-off and drove 1.5 hours to get.

The first test made was hanging the back hoe off of a forklift and hooking the hydraulic up to a 646L. Because the backhoe requires a "case drain" that was added to the 646L. 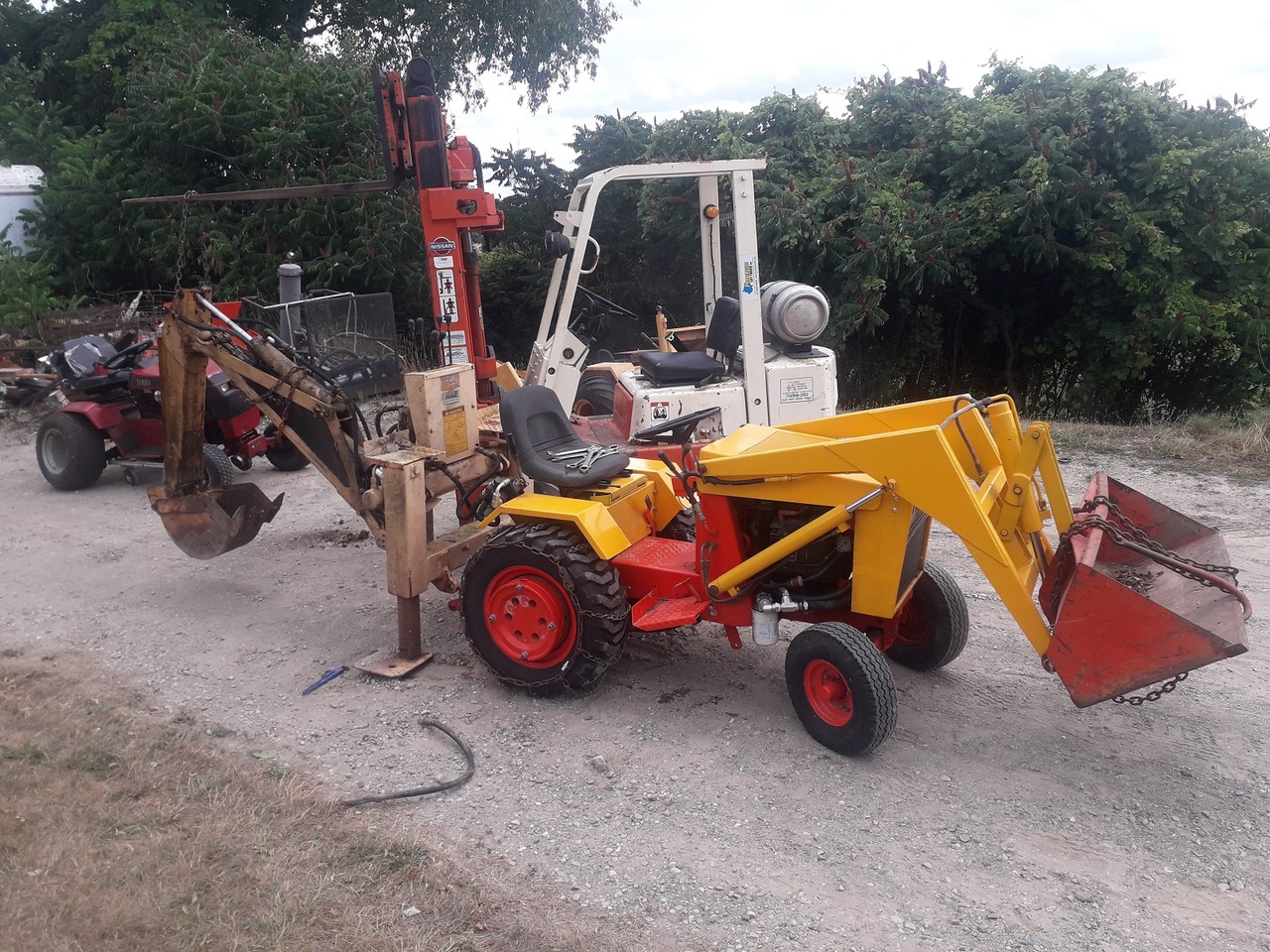 That test went well. Then reality set in.

I didn't see it. I have noticed them around the Toronto area occasionally.
Spike
Top

Where did the hoe have a case drain? I've never seen that in a D-100 manual, they've all been plumbed in series with no drain. I had to put a tank line on mine, but that was only because I had to replace the entire stack valve when the end block cracked for some reason...
Top

Tool Slinger, I am not sure about calling it a case drain but there are 3 lines at the hoe. 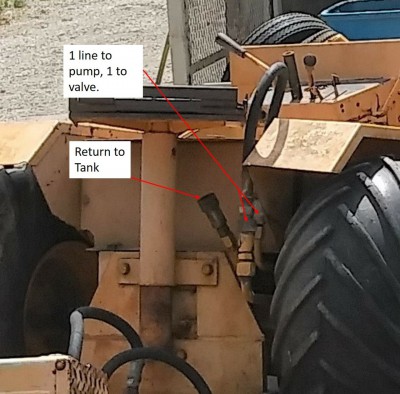 I labeled the picture with the terms used in the parts manual.

I'm going to have to get out to the tractors soon now... I know my early machine only had the two hookups untill I had to work on it. I guess it's possible my later unit has all 3. It's been a while since I had to do anything other than run that one, and it's all tucked behind the weight, so perhaps I'm just not remembering...
Top

5 months ago a rebuild of the hoe spool valve was started. 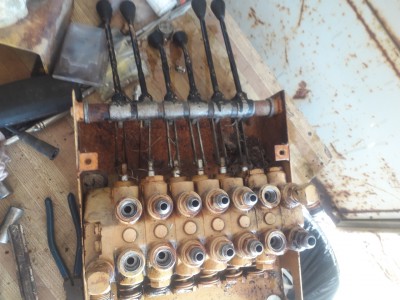 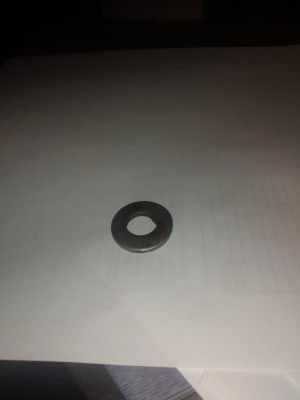 Missing was a spool stop washer that is 1" OD X 0.5" ID X 0.155 Thick. This is not something found on the shelf. With covid making it impractical to run out and pick up a solo item, scrounging became the next option. 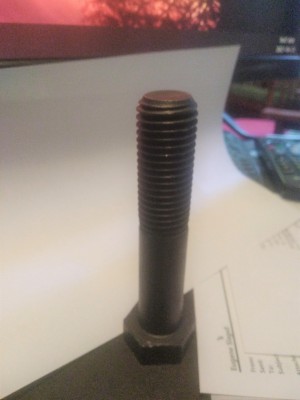 A 1" bolt was found and cut off at the thread end of the shank. 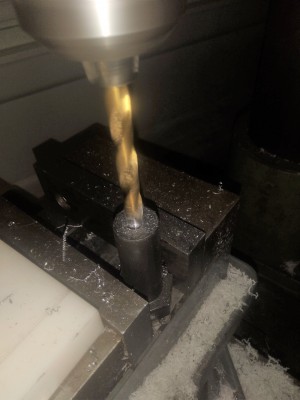 After chucking the donner bolt in the drill press a 0.5" hole was drilled into the shank body, deep enough to get 2 washers if needed. 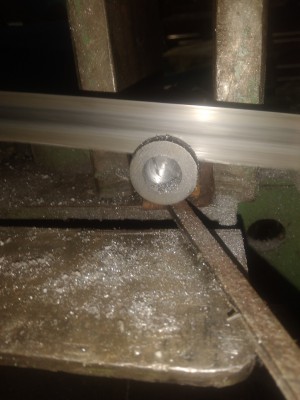 The washer was sliced off of the shank, and belt sanded to the final finished thickness.

It wasn't a big job but one of those items that became a job stopper.

With that project out of the way, space can be made for starting the engine rebuild.

Even a washer is good progress when it's the one thing that blocks you!

How are you able to get such smooth finish on the outside surface of the bolt? Wanted to make something out of a bolt and the best I could do on my small Myford 7 is this, quite rough surface compared to yours. 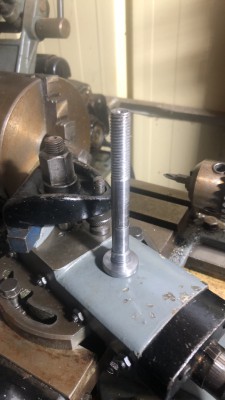